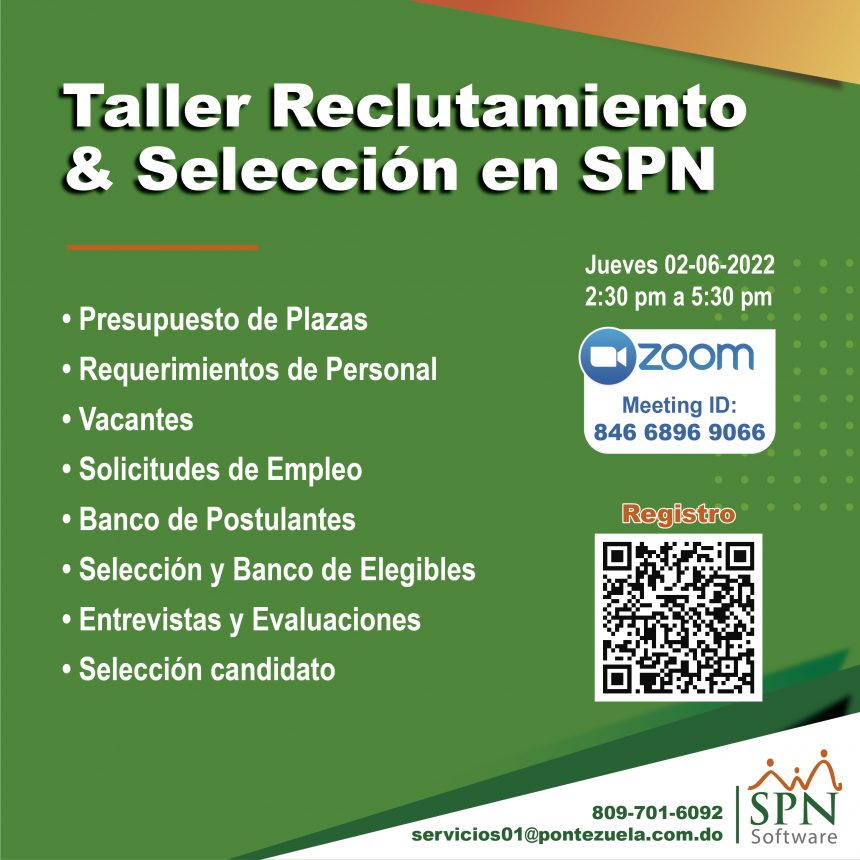 Recruitment and Selection Workshop at SPN 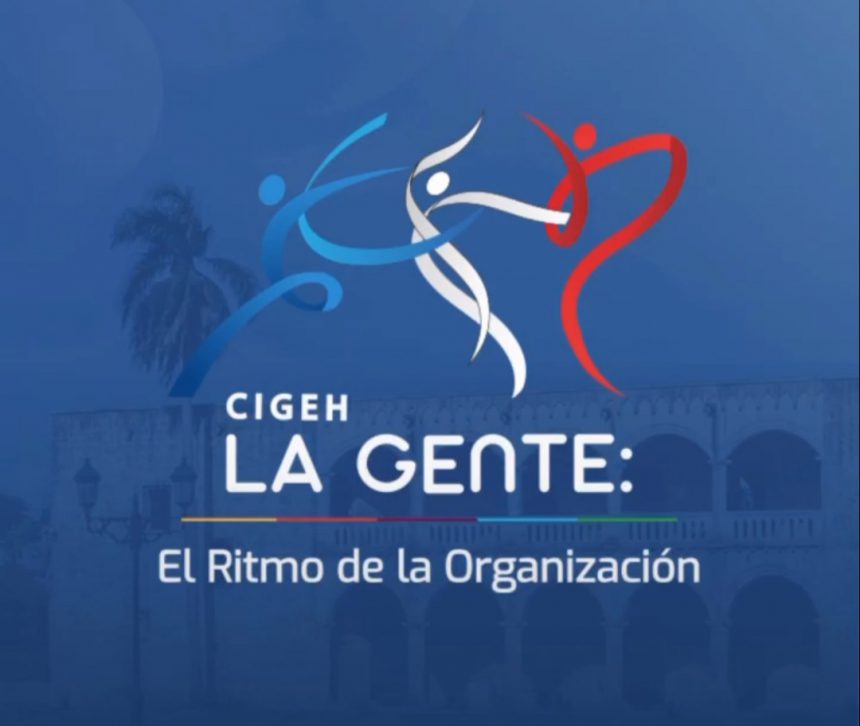 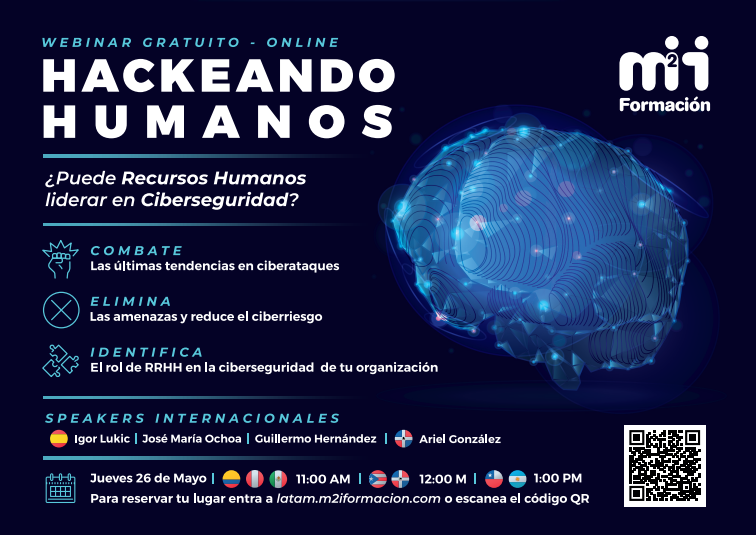 SEVEN (7) STEPS TO LEAD TO THE
DATA LITERACY

WHAT IS DATA LITERACY?

Data literacy is the ability to read, write, and communicate data in context, including an understanding of data sources and constructs, applied analytical methods and techniques, and the ability to describe the application use case and resulting value.

STEP 2: IDENTIFY GROUPS THAT DO NOT USE DATA

Interview champions, record videos on best practices, create use cases, tips and tricks that will help educate other groups.

Teach and distribute educational resources throughout the organization. 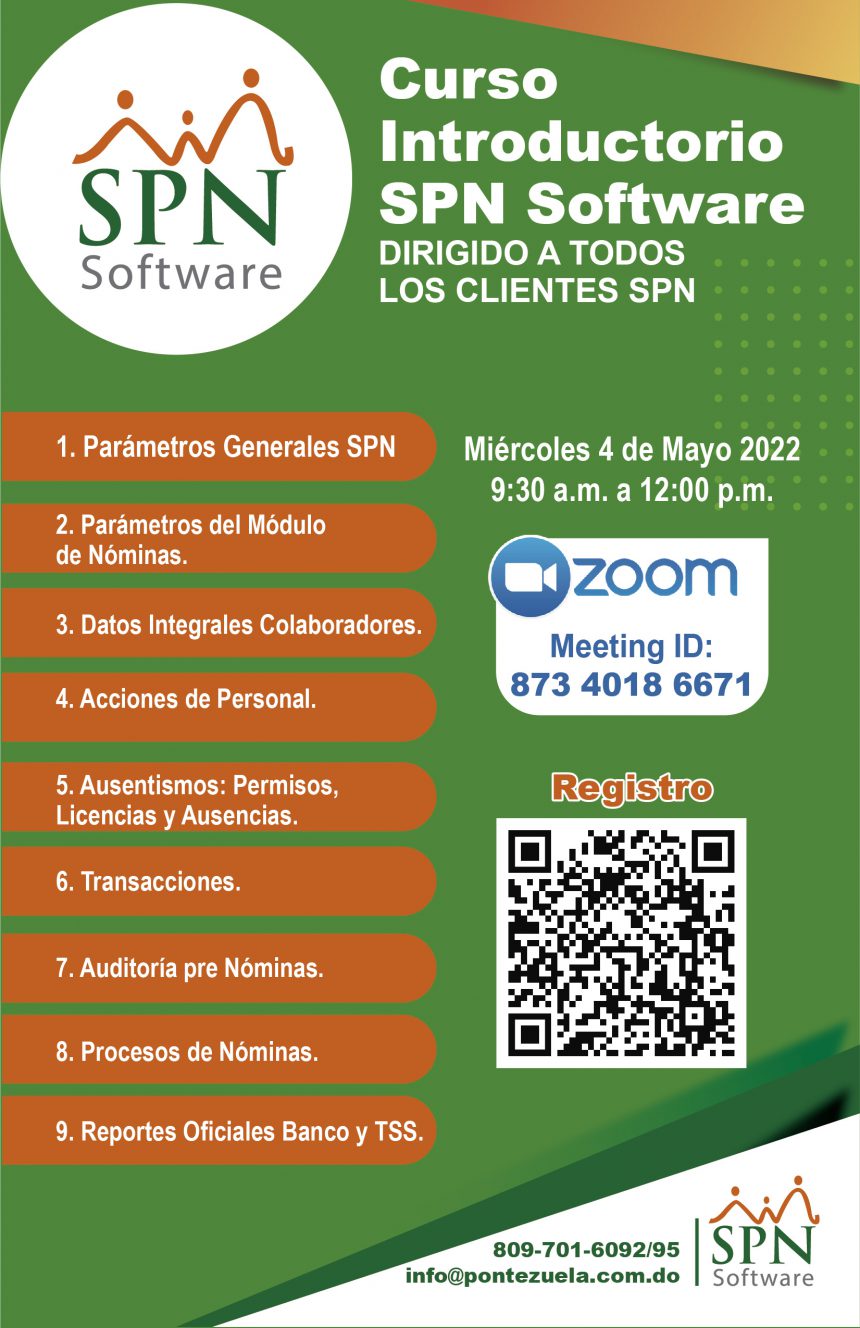 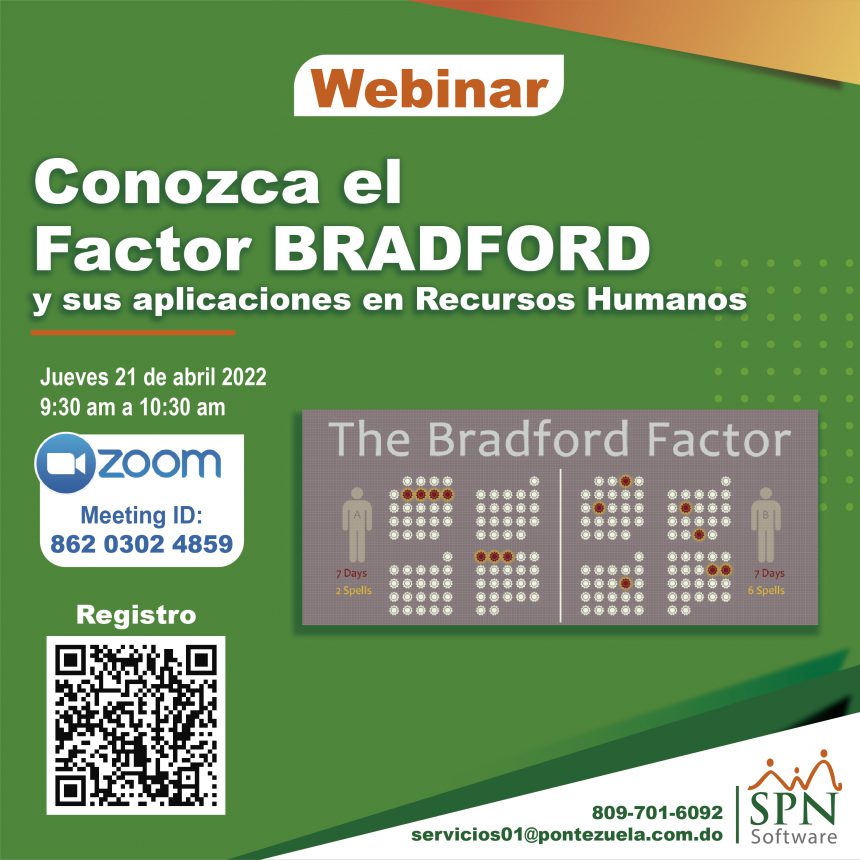 The ACM Turing Award honors Jack J. Dongarra for his pioneering concepts and methods that have led to calculations that have changed the world.

Dongarra’s algorithms and software fueled the growth of high-performance computing and had a significant impact on many areas of computer science, from AI to computer graphics. 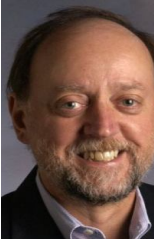 New York, NY, March 30, 2022 – ACM, the Association for Computing Machinery, today named Jack J. Dongarra the winner of the ACM A.M. Turing 2021 for his pioneering contributions to numerical algorithms and libraries that enabled high-performance computing software to keep pace with exponential improvements in hardware for more than four decades. Dongarra is Distinguished Professor of Computer Science in the Department of Electrical and Computer Engineering at the University of Tennessee. He is also a member of the Oak Ridge National Laboratory and the University of Manchester.

The ACM A.M. Turing, often referred to as the “Nobel Prize in Computing,” is endowed with a million dollars and is financially supported by Google, Inc. It is named after Alan M. Turing, the British mathematician who articulated the mathematical foundations and computing limits.

Dongarra has led the world in high-performance computing through his contributions to efficient numerical algorithms for linear algebra operations, programming mechanisms for parallel computing, and performance evaluation tools. For nearly forty years, Moore’s Law produced exponential growth in hardware performance. During that same time, while most software couldn’t keep up with these hardware advances, high-performance numerical software did, thanks in large part to algorithms, optimization techniques, and software implementations of Dongarra production quality.

These contributions established a framework from which scientists and engineers made important discoveries and game-changing innovations in areas such as big data analytics, health, renewable energy, weather forecasting, genomics, and economics, to name a few. name a few. Dongarra’s work also helped facilitate advances in computer architecture and supported revolutions in computer graphics and deep learning.

Dongarra’s major contribution was the creation of open source software libraries and standards that employ linear algebra as an intermediate language that can be used by a wide variety of applications. These libraries have been written for single processors, parallel computers, multicore nodes, and multiple GPUs per node. The Dongarra libraries also introduced many important innovations, such as autotuning, mixed-precision arithmetic, and batch calculations.

As the leading ambassador for high-performance computing, Dongarra was tasked with convincing hardware vendors to optimize these methods and software developers to use his open source libraries in their work. Ultimately, these efforts resulted in linear algebra-based software libraries achieving near-universal adoption for high-performance engineering and scientific computing on machines ranging from laptops to the world’s fastest supercomputers. These libraries were essential to the growth of the field, allowing increasingly powerful computers to solve difficult computational problems.

“Today’s fastest supercomputers grab media headlines and pique public interest by performing mind-boggling feats of a quadrillion calculations in a second,” explains ACM President Gabriele Kotsis. “But beyond the understandable interest in breaking new records, high-performance computing has been an important tool of scientific discovery. High-performance computing innovations have also spread to many different areas of computing and have made advance our whole field”. Jack Dongarra played a critical role in directing the successful trajectory of this field. His pioneering work dates back to 1979 and he remains one of the most outstanding and committed leaders in the HPC community. His career arguably exemplifies the Turing Award’s recognition of “great contributions of lasting importance.”

“Jack Dongarra’s work has fundamentally changed and advanced scientific computing,” said Jeff Dean, Google Senior Fellow and SVP of Google Research and Google Health. “His profound and important work at the core of the world’s most widely used numerical libraries underlies all areas of scientific computing, helping to advance everything from drug discovery to weather prediction to aerospace engineering and dozens of other applications.” other fields, and his deep focus on characterizing the performance of a wide range of computers has led to major advances in computer architectures that are well suited to numerical computations.”

Dongarra will formally receive the ACM A.M. Turing at the ACM Annual Awards Banquet, to be held this year on Saturday, June 11 at the Palace Hotel in San Francisco

For over four decades Dongarra has been the main implementer or researcher of many libraries such as LINPACK, BLAS, LAPACK, ScaLAPACK, PLASMA, MAGMA and SLATE. These libraries have been written for single processors, parallel computers, multicore nodes, and multiple GPUs per node. Its software libraries are used almost universally for high-performance engineering and scientific computing on machines ranging from laptops to the world’s fastest supercomputers.

These libraries incorporate numerous far-reaching technical innovations, such as: Autotuning: through its ATLAS project, awarded at the 2016 Supercomputing Conference, Dongarra pioneered the automatic search for algorithmic parameters that produce linear algebra kernels of near-optimal efficiency , often exceeding the codes supplied by the providers.

Mixed-Precision Arithmetic: In his 2006 Supercomputing Conference paper, “Exploiting the Performance of 32-bit Floating Point Arithmetic in Obtaining 64-bit Accuracy,” Dongarra pioneered the exploitation of the multiple precisions of floating-point arithmetic to deliver accurate solutions faster. This work has become a building block in machine learning applications, as recently demonstrated in the HPL-AI benchmark, which has achieved unprecedented levels of performance on the world’s best supercomputers.

Batch Calculations: Dongarra pioneered the paradigm of dividing large dense matrix computations, which are commonly used in simulations, modeling, and data analysis, into many smaller task computations into blocks that can be computed independently and concurrently. Building on his 2016 paper, “Performance, design, and autotuning of batched GEMM for GPUs,” Dongarra led the development of the Batched BLAS standard for these types of calculations, and they also appear in the MAGMA and SLATE software libraries.

Dongarra has collaborated internationally with many people on the above efforts, always in the role of driver of innovation, continually developing new techniques to maximize performance and portability, while maintaining numerically reliable results using the most advanced techniques. Other examples of its leadership are the Message Passing Interface (MPI), the de facto standard for portable message passing in parallel computing architectures, and the Performance API (PAPI), which provides an interface that enables collection and synthesis of the yield of the components of a heterogeneous system. The standards he helped create, such as MPI, the LINPACK Benchmark, and the Top500 list of supercomputers, support computational tasks ranging from weather prediction to climate change to data analysis from large-scale physics experiments.

Dongarra has received, among others, the IEEE Computer Pioneer Award, the SIAM/ACM Award in Computational Science and Engineering, and the ACM/IEEE Ken Kennedy Award. He is a member of the ACM, the Institute of Electrical and Electronics Engineers (IEEE), the Society for Industrial and Applied Mathematics (SIAM), the American Association for the Advancement of Science (AAAS), the International Supercomputing Conference (ISC), and the International Institute of Engineering and Technology (IETI). He is a member of the National Academy of Engineering and a Foreign Fellow of the British Royal Society.

About the A.M. ACM Turing

The AM Award Turing is named after Alan M. Turing, the British mathematician who articulated the mathematical foundations and limits of computer science, and who was a key contributor to the Allied cryptanalysis of the Enigma key during World War II. Since its inception in 1966, the Turing Award has honored computer scientists and engineers who created the systems and underlying theoretical foundations that have powered the information technology industry.

ACM, the Association for Computing Machinery, is the world’s largest computer science and education society, uniting educators, researchers, and practitioners to inspire dialogue, share resources, and address challenges in the field. ACM strengthens the collective voice of the computing profession through strong leadership, promotion of the highest standards, and recognition of technical excellence. The ACM supports the professional growth of its members by offering opportunities for lifelong learning, career development, and professional networking. 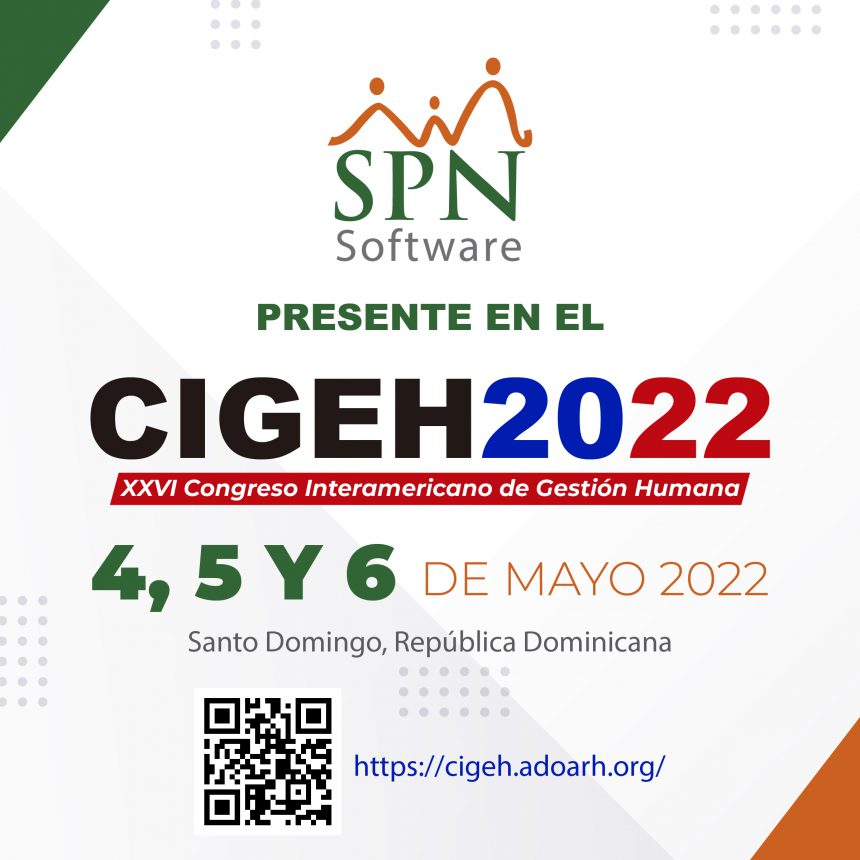 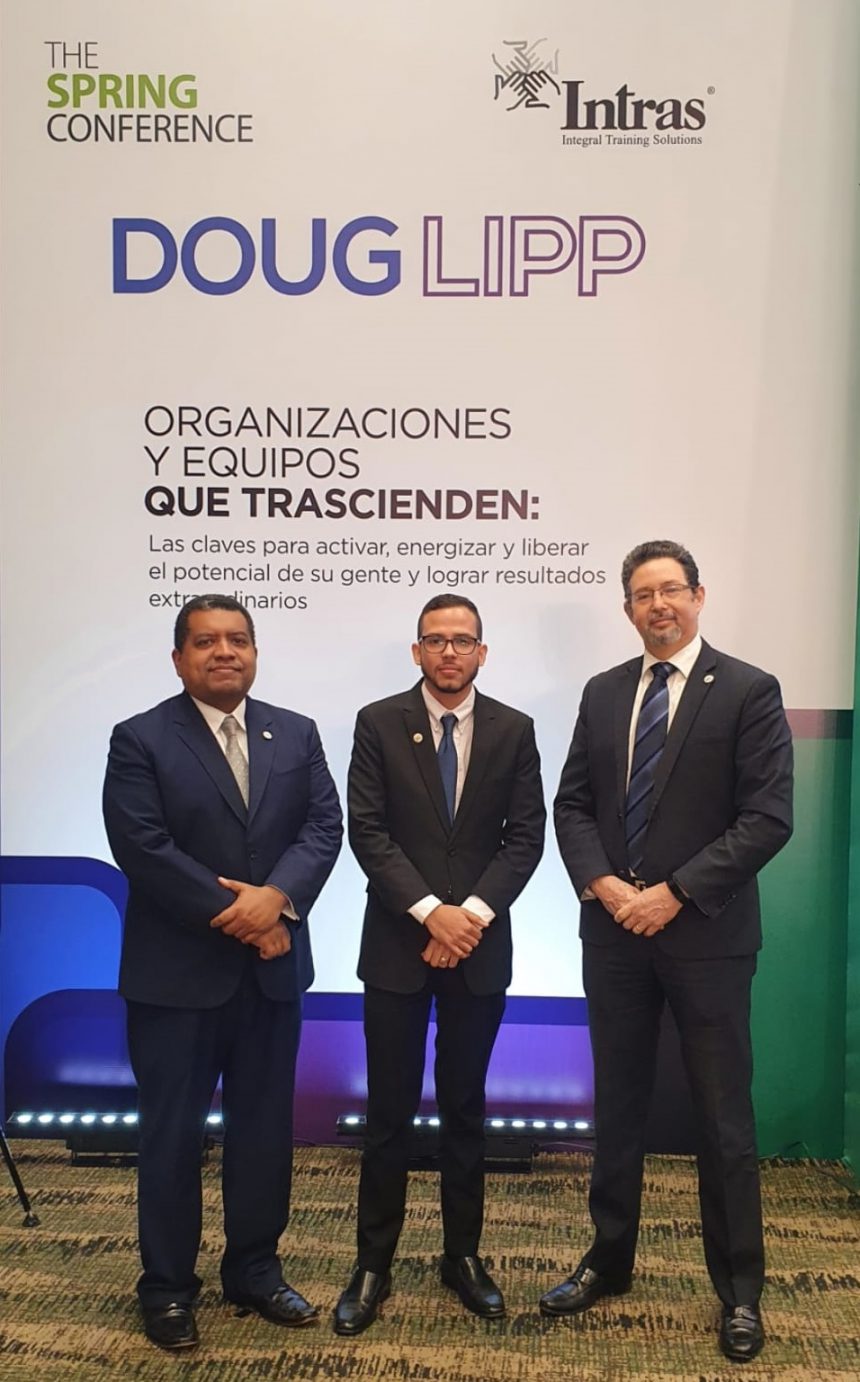 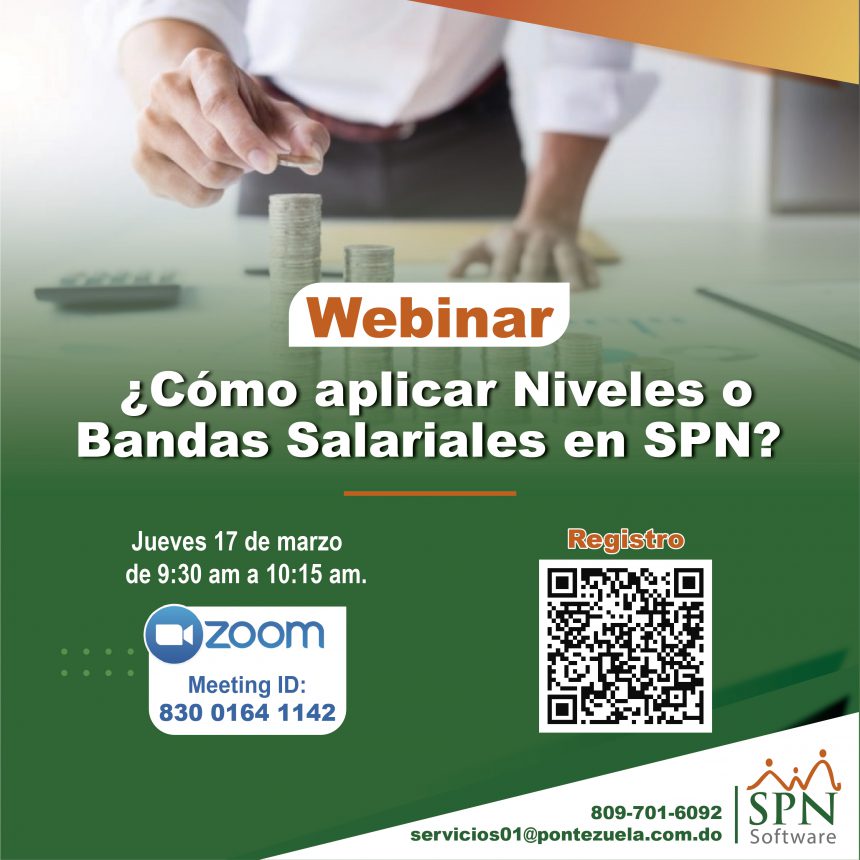 Webinar ¿How to apply Salary Levels or Bands in SPN?